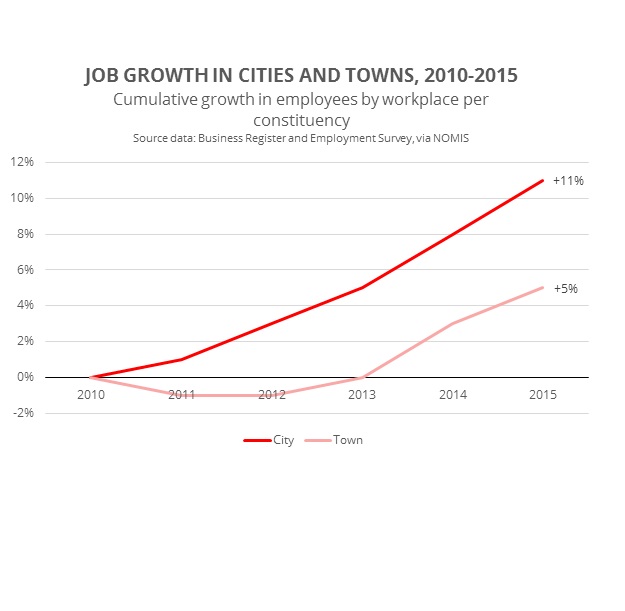 Yet far from tackling the widening economic gap, the Tory Government is making it worse. Tory regional policies have concentrated on city growth deals and there’s no industrial strategy for towns. Major infrastructure projects like HS2 and Crossrail are concentrated on London and other cities and the strongest devolution deals are based on city regions.

In the coming weeks and months, the Group will be publishing evidence exposing the damage done to public services in towns by Tory cuts. 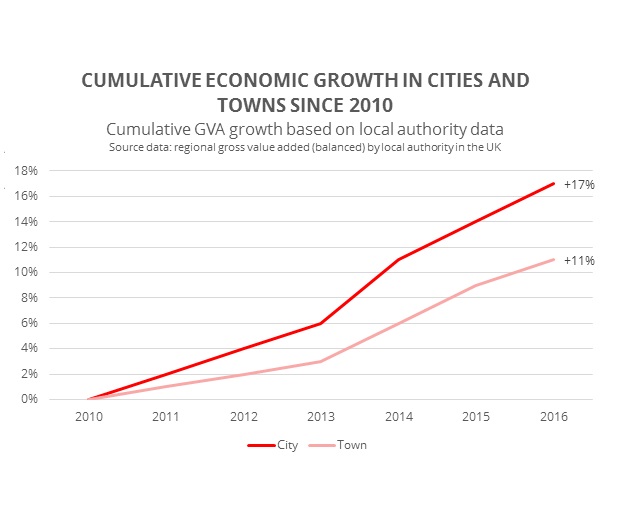 On the publication of the new research Yvette Cooper MP said:

“Towns are the backbone of Britain but our towns aren’t getting a fair deal. In the slowest economic recovery in modern times, towns are seeing their jobs and businesses grow at only around half the rate of cities under the Tories. There is a very real and widening economic gap which isn’t good for the country. And Tory policies are making it worse – as key services have been lost from towns altogether under austerity. Towns don’t want to be patronised, we want a fair deal. That’s why councillors, MPs and party members have set up Labour Towns to champion our towns and expose the damage the Tories are doing. Britain needs both our towns and our cities to prosper - the growing economic gap is bad for all of us.”