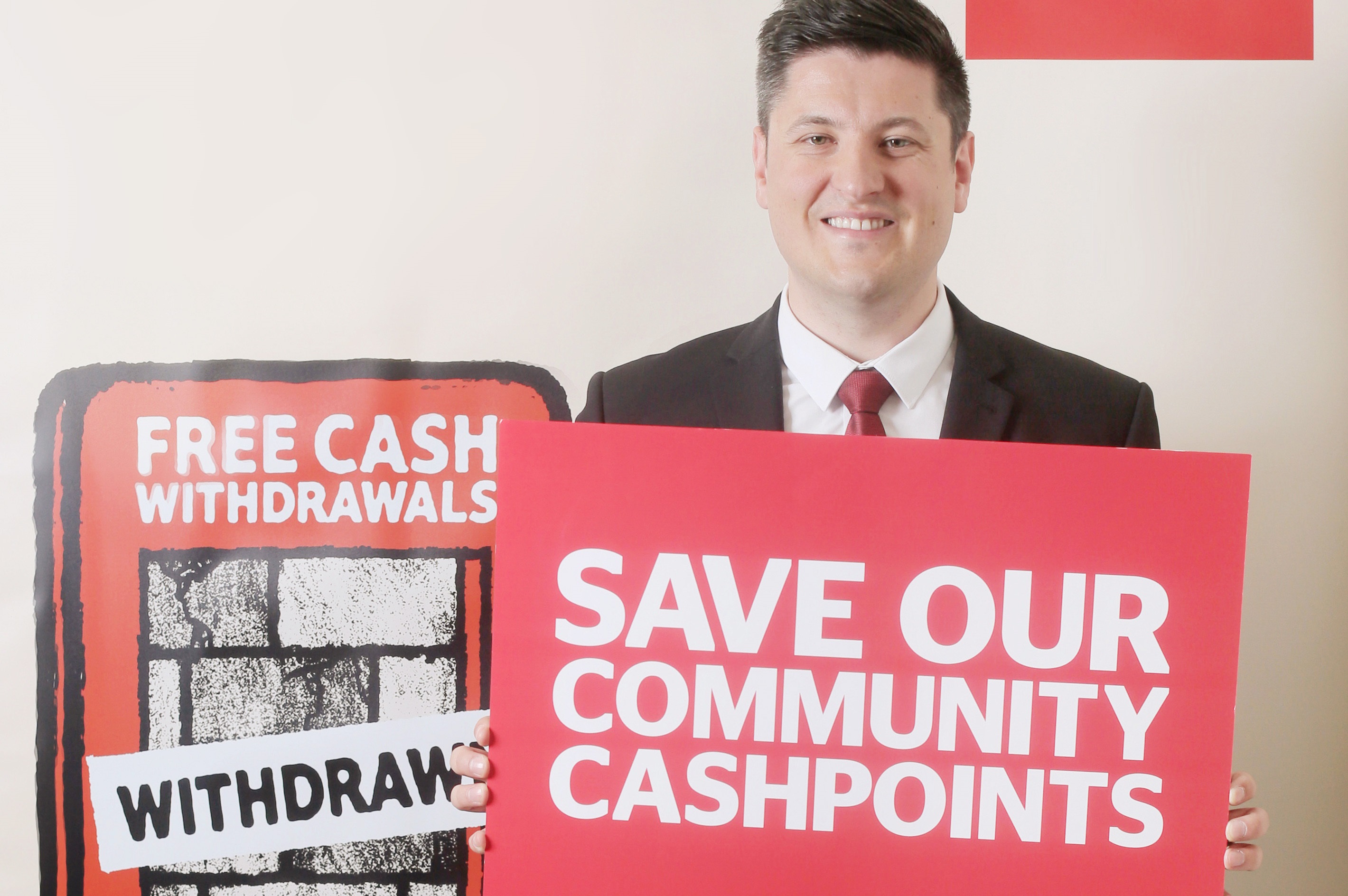 Can you imagine being charged £3 per every time you withdraw cash?

98% of us withdraw our money free of charge from cash machines, however changes to the way these free to use ATMs are funded has seen many close and others having to charge withdrawal fees in order to stay open.

The LINK Network, which sets the funding formula for free to use ATMs (the interchange rate fee), planned to cut this funding by 20% over the next four years. The interchange rate fee is a 25p charge which is levied on card issuers and banks every time you use your card in an ATM machine. It is these 25p charges which pay for the upkeep and maintenance of the ATM machine.

LINK claimed before implementing the cuts that only a small number of ATMs would be lost, and that these closures would mostly happen in urban areas where they say there is an oversupply of ATMs.

However, this is not what has happened.

As a result of LINKs cuts ATM providers, the private businesses who run ATMs, had millions wiped off their share prices and had to make major adjustments to their business plans to make up for the loss of revenue.

Initially figures from Which? Showed that 300 ATMs were closing per month, the following month, that average closure figure had risen to 500, a 66% increase. At that rate of increase we could see 800 ATMs closing per month in the near future.

Contrary to what LINK said these closures have not taken place predominantly in urban centres, rural and sub-urban areas have borne the brunt of the cuts, and while LINK promised there would always be another a free to use ATM at least within 1km away, there are multiple examples where when an ATM closes and the next nearest is over 10km drive away.

This matters as changes in payment methods are happening at different paces in different places. While cities are moving quickly towards cashless payment systems cash remains king for many sub-urban towns, rural small businesses and for the families that live in our towns and countryside.

You can’t give your primary school aged son or daughter a debit card to buy their lunch at school and parents do not have the time for a 20km round trip if their nearest ATM will charge them to withdraw money or if there simply isn’t a machine anymore.

I have been campaigning with Labour colleagues and other MPs across parties to put pressure on LINK and the Government regulator, the Payment Systems Regulator (PSR) to look again at the changes to ATM funding and to begin a review of how we use cash so that free access can be protected where we use it most, such as in our rural and sub-urban towns.

I also have a bill in Parliament to ban ATM charges and introduce mechanisms to prevent financial exclusion. This bill has been supported by a number of Labour colleagues as well as from other parties. The bill will have its second reading in Parliament on November 23rd.

Through our efforts to put pressure on LINK and the PSR we are having success. At an event held in conjunction with Which? And the FSB 50 MPs, including a supporters of the Labour Towns Network, came to add their names to campaign to save our cashpoints.

This and many letters to the LINK and the PSR has begun to force them into action.

LINK has recently announced that it will drop part of its cuts programme and place one cut on review. This means with more campaigning and more pressure it is easy to see how we could bring down their cuts to 10%, and if we push further block them completely.

LINK have under pressure announced an “Access to Cash Review”. Over the next six months this review will be gather information and bring together bodies such as Age UK, Toynbee Hall and Fairer Finance as well as industry experts to examine people's future needs across the UK.

LINK said anyone with an interest in cash - people, consumer groups, community representatives, small businesses and industry - will be able to contribute through workshops and a call for evidence.

I will be pushing the case for people from, and MPs representing towns to respond to this call for evidence, to highlight to LINK and the PSR that access to cash is key for our constituents and our communities.

I recognise that we are moving towards a cashless society, however we must not get there by subjecting our towns to financial exclusion and fee charging ATMs because LINK had targets to reduce the number of ATMs.

Already there are currently more free to use ATMs in the House of Commons than on Cambuslang Main Street in my constituency, I’m determined that we will not reach a situation where there are more ATMs in Parliament than in the entire town.